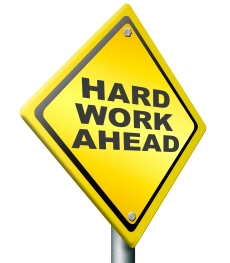 Yesterday I ran my longest stretch in 5 months…10 miles.  Even though I’ve run further in the past, it was still hard.

It’s suppose to be.

For me,  there are 3 stages to each of my long runs…

Stage 1. Why is this so hard?  Should have trained more.

Stage 3. Why does this hurt so much? Am I almost there ?

It was a cool 53 degrees when I started out.

Not so nice for Dolores though who was riding her bike ahead of me. My fingers warmed up after 3 miles and easily broke a sweat around that same time.   In all those miles, I only saw a lone frog and that was closer to the end.  No bugs/animals were stirring.

I had a banana and plenty of water during the run and an apple afterwards.

It’s always a great feeling to know you just finished a long run.