Yesterday was tough. I was so exhausted after my run (even felt weak) that I had to lay down and take a nap. Something I usually only do if I’m sick. I read somewhere though that if your body wants to sleep, let it sleep. That’s how it heals itself. My doctor has told me in the past relating to the migraines I get, “Seep is your friend.” I have to give into it sometimes for that reason and did so yesterday.

Later we went out to dinner to celebrate Jim’s birthday. After we ate I began feeling better. We had a great time and Alex gave Jim an essay he wrote about his Grandmother (Jim’s Mom) who passed away in March. It was really touching.

Today I slept later – 6:30…I am usually up about 4 or 4:30. I went out to run (after breakfast) and after only 2 miles @ 10 minutes each, had to slowdown. Still feeling tired. I walked the last 2 miles. Energy level is not up to par. It’ll bounce back though. I am feeling better today. 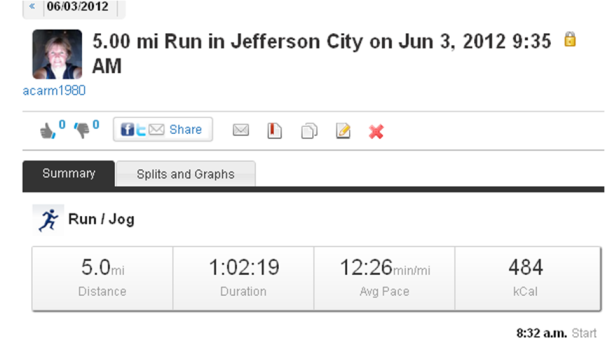 My brother Greg is staying with us for a few days. I took this picture of him after Mass with Jim and Alex. They are standing in front of our Church Rectory (St. Peter‘s).