I put my long run off till this morning since it was going to be cooler.  No treadmill time – that’s a good thing.  Headed out about 7 am and it was nice too. 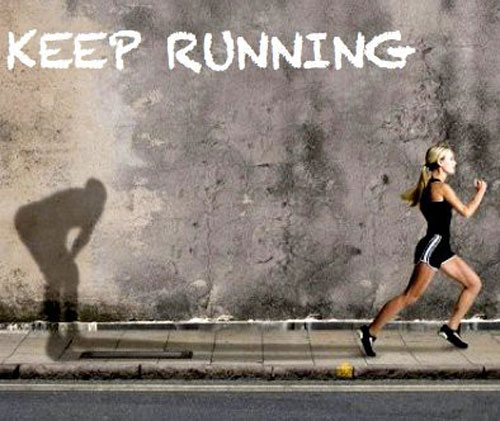 Mile one through  4 were good…mile 5, 6 and 7, need some work.   Also, I forgot to take the “Power Pack” otherwise called Gu ( I loathe that name).  I could tell I needed it too.  Also, need more regular training runs through the week.  I’m down to the last 4 weeks of training so no fooling around now.

I saw my first Blue Racer snake the other day along the road as I was running (dead of course).  Then saw another one a few days later along the highway.  Weird.  Didn’t think they really were around Missouri.  Since then I get freaked out running by weedy areas.  Jim was teasing me about it and made it a point to read to me the description of the snake using the term “aggressive” several times.  Now I know as I run along the edge of the road, inevitably one will appear now and chase me at their rapid speed of 10 miles per hour which outpaces me by a lot.  Here’s what I found when I looked them up…”When annoyed by a person [I suppose a runner would annoy them] it becomes very aggressive  [okay Jim was right] and strikes out at its tormentor. And its bite can be rather painful [thanks for that note]. A threatened Blue Racer often will vibrate its tail rapidly [causing someone like myself to faint], making a buzzing sound that can be mistaken for a rattlesnake.

So this morning on mile three as I am now running into the sun and past a weedy area, the corner of my eye catches something long and narrow in the grass that is kind of blue-ish.  I jumped pretty high.   I looked back and it was a long cable.

That did it.  So with the lack of traffic, I began running out in the street away from the curb (facing the oncoming cars of course).  It’s funny how we can psych ourselves out like that.

Well, there were no Blue Racers along the way but maybe I would have run better had there been.