Grace Lauf, a woman of great courage, faith and conviction who will be sadly missed by many. 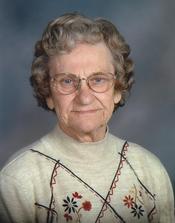 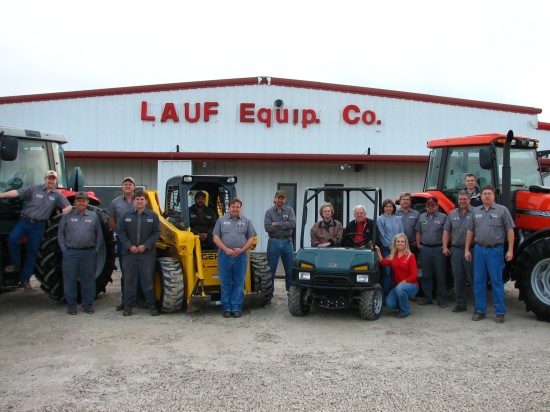 Grace Helen Lauf, 82, of Wardsville died Thursday, December 20, 2012, at Capital Region Medical Center. She was born May 10, 1930, in Jefferson City, a daughter of Ray and Marie (Prenger) VanLoo. She attended St. Stanislaus Catholic School in Wardsville and was a 1948 graduate of St. Peter High School in Jefferson City.

On August 27, 1955, Grace was united in marriage in Wardsville to Harold Alexander Lauf, who preceded her in death on December 26, 2007.

Grace worked for the Missouri Division of Employment Security and along with her husband owned and operated Lauf Equipment from 1963 until her retirement.

She was a member of St. Stanislaus Catholic Church, where she had been very active in many parish activities. She was a charter member of the Vitae Society and volunteered for Birthright and at St. Stanislaus School as a playground monitor and as a substitute teacher. Grace enjoyed bowling, gardening and playing pinochle.

She is survived by four children: Tom Lauf and wife Dolores, Mary Nichols and husband Don, Michael Lauf and wife Allison, Jim Lauf and wife Betsy all of Jefferson City; two brothers, Jack VanLoo and Jim VanLoo; eleven grandchildren, thirteen great grandchildren and a family friend, Ruth Wilbers, who was Grace’s caregiver for the past five and a half years and was by her side every day. She was preceded in death by four sisters: Barbara VanLoo, Marilyn Holtmeyer, Dorothy Sommers and Rayma Forck.

Friends will be received from 1:00 to 4:00 p.m. Sunday at the Houser-Millard Funeral Home, where a prayer service will be held at 1:00 p.m. Mass of Christian Burial will be held at 10:00 a.m. Monday, December 24, 2012, at St. Stanislaus Catholic Church with Fr. Ignazio C. Medina officiating. Interment will follow in the St. Stanislaus Cemetery. Expressions of sympathy may be made to the Samaritan Center or the Vitae Society. Arrangements are under the direction of HOUSER-MILLARD Funeral Directors, 2613 W. Main St.,