Alex wanted Chimichanga‘s so much today…that he made them himself. 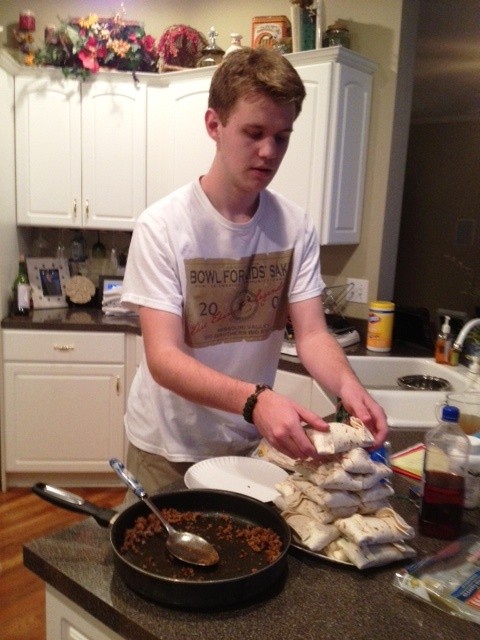 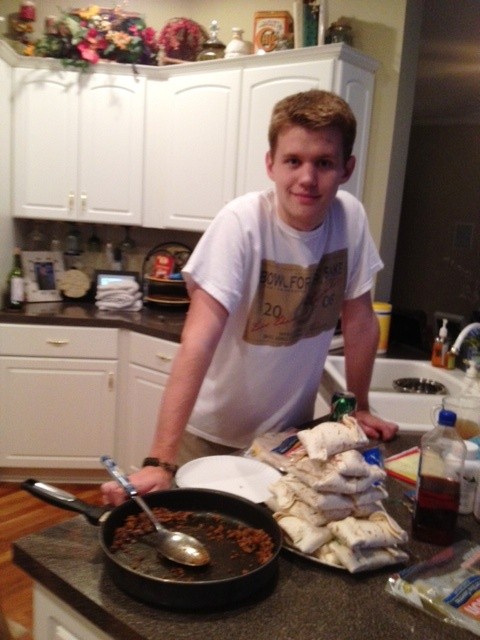 I was cooking in between other things today.  For this weeks menu, I made some bratwurst, fried potatoes, raw veggie sticks, barbecued beef for sandwiches.

The Amazing Race…my favorite show is on tonight.  They started out in China and showed the South China Sea.  Jim began reminiscing.  He said during Vietnam War he was all over that sea.

Here’s a picture of his ship the USS Vega. 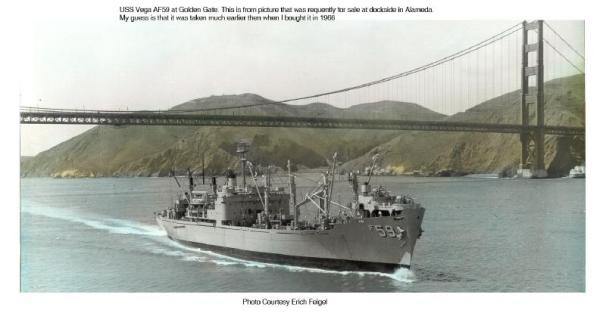 We had a pretty full day.  Worked outside some and then after Church, moved the rest of outside furniture into storage. 😦

More tapering this week.  I was really tired last night and ended up sleeping 9 hours.  That is a lot for me.  I guess it was from the run yesterday.  I woke up at 7:00 and then we went to 11:30 Mass.  Upon leaving Mass at 12:30 I told Jim in 2 weeks I will have just finished the marathon in St. Louis that began at 7 am.

The thought of running that long blows me away.

Jeff Graboskey ran across the United States and averaged 60 miles per day.

I can do this.  We can always do more than we realize.

4 comments on “We Can Always Do More Than We Think”